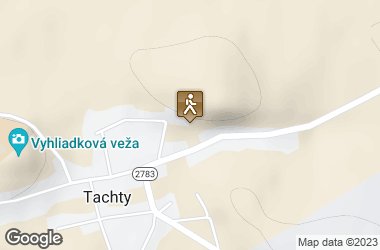 Tajti diatrema (diatrema): there are other similar diatremes in Tajti village. The southern part of the diatreme, which consists mainly of megabrecces, is located around the cellars. These cellars were carved partly into blocks of megabrecsa and partly into soft sandstone. The northeastern part of the diatrema is excavated by a quarry on the outskirts of the village. At the bottom of the excavation, layered fine- and thick-grained tuffs emerge, which also contain pyroclastic debris and lapilli, as well as materials from pyroclastic prices. The surface of the stratified tuffs was partially devastated and covered with chaotic breccias, in which traces of slippage and sludge can also be detected (Konečný et al. 2004). The right side of the quarry nicely reveals the vertical contact of the diatreme with the surrounding sandstone.

The site is accessible by road to the village of Tajti.Degree of protection: 1
smartphone-app