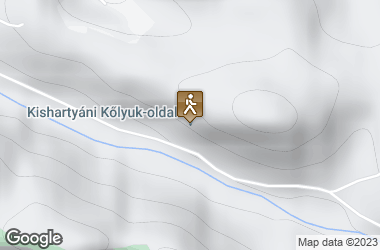 Specific features of the rock are the sandstone concretions, the diameter of which sometimes reaches several meters. They are nicknamed "loafy sandstones".

They are rather coarse-grained and were formed in alluvial channels. The "rock loaves" often fell out of the assise, and left a hole in the surrounding matter. The loafy sandstone is well seen in the Kőlyuk cliff, Kishartyan, on the Litke-Etes downs. The protected Kő-lyuk-oldal in Kishartyan is a spectacular spot, its cross beddings can be well studied. Within the same subregion, there is the canyon-like, picturesque Paris Valley, where beds of the former river delta can be viewed in its walls. The sandstone outcrops at a height of 15 to 40 meters along the 300 meter-long cliff. The shorter cliff displays finely the criss-cross structure of the sandstone; such structures are formed in littoral zones with an especially intensive surge. The other cliff shows sandstone loaves or their abandoned places. Some of the caverns were later enlarged by the locals. That is how the Kő-lyuk – also called Hermitage - was formed. At first it served as a shelter for people to hide from the Mongols and Turks, and later, monks lived in it (Kiss es Benkhard, 2006).

01/26/2023 12:05 PM
International geoparkers appeared at the Slovak-Hungarian stateborder on the topic of Photography and Climate Change project to visit the spectacular borderline geosites of the transnational Novohrad-Nógrád UNESCO Global Geopark on January 18, 2023.
Read more