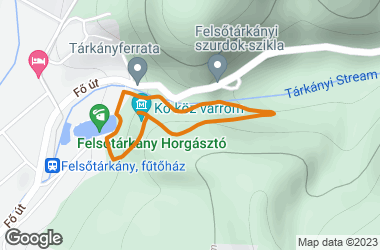 The ‘three-routed study-trail’, starting from the village of Felsőtárkány, presents the natural and cultural historical values of the south-western Bükk.

The Kő-köz route of the ‘three-routed nature trail’ of Felsőtárkány has been established adjacent to the Nyugati kapu Educational and Visitor Centre of the Bükk National Park Directorate. This walk connects the Szikla Spring and the limestone cliff above, the gorge beneath called Kő-köz and the lake. The several micro-landforms of the limestone gorge valley (side caves, eddy mills, dropstone fragments) prove the the valley was formed by cave rupture.